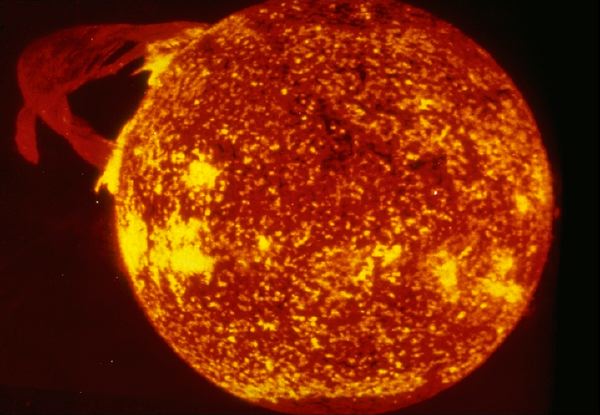 The Sun has always been fundamental to human existence. Without the Sun’s energy, plant life would not exist, nor would the animals that feed on them. Our seasons also depend on the Earth’s axial tilt and how that distributes the Sun’s energy over the Earth’s surface.

These days, the Sun’s “weather” plays an increasingly important role in our day-to-day lives. A major flare or storm on the Sun can cause severe geomagnetic storms on Earth, which in turn disrupt radio and radar signals, knocks out satellites, and can even induce currents in the power grid, blowing out systems and cutting off power supplies.

Researchers need your help to spot and track solar storms, to provide early warnings to authorities here on Earth, and to learn more about how and why these events occur. To that end, there’s a program called Solar Stormwatch, brought to you by the same people who have organized GalaxyZoo and Old Weather.

The project uses data from the STEREO spacecraft to track the formation and evolution of coronal mass ejections. A coronal mass ejection or CME is a burst of solar wind and magnetic fields rising above the solar corona or being released into space. As a participant, your job is to analyze images from STEREO to identify spots and flares.

The team behind the project need lots of volunteers, because of the sheer amount of data being produced by STEREO on a daily basis. At the moment, humans are still much better than computers at being able to recognize images of interest.

To learn more, check out the mission briefing, and register with the Zooninverse system to get started.