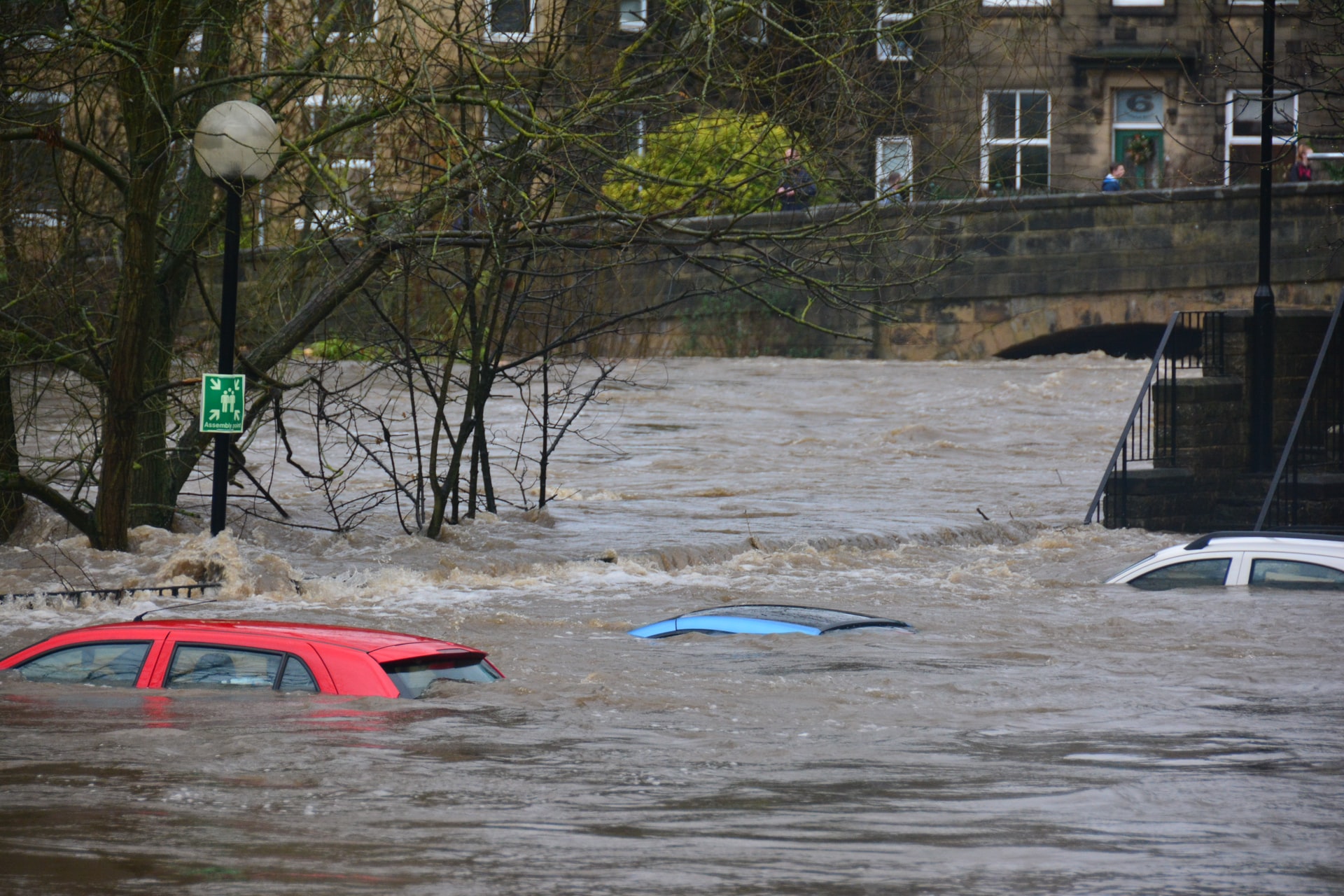 England has a reputation for being a damp country, but these last few months have been especially trying for people in the UK. January was England’s wettest winter month in almost 250 years. Approximately 146 mm of rain fell in January, a new record, according to the Radcliffe Observatory in Oxford. Much of Southern England and Wales was deluged as well, and there was major flooding as a result.

The question everyone is asking, of course, is whether this is a chance occurrence or related to climate change. It’s not as easy to answer as one might think. While it’s true that warmer air can hold more water, and thus make a rainfall more intense, as I noted, wet weather and flooding have always been a feature of weather in that part of the world. So the question should really be: has the risk of more extreme wet weather increased?

To get those answers, ClimatePrediction.net wants to run the numbers on two very big groups of simulations. One will look at the conditions from the winter we just experienced, and another will be looking at what it might have been like if we hadn’t been emitting greenhouse gasses all this time.

You can help with this project, and the good news is that you don’t have to grab a stack of paper and pencils and work out the math yourself. Simply download a bit of software called BOINC from this link, install and launch it, and select ClimatePrediction.Net as your project. Then create an account by following the prompts from BOINC. The results will be posted here, and if you want to know more about how to interpret what you see on that page, check out the expected results explanation.

Photo by Chris Gallagher on Unsplash

I’m not ashamed to say it — I’m a tree hugger. I’m especially fond of flowering trees, but anything involving bark and leaves works for me.

That’s why I’m pleased to see that the Open Air Laboratories (OPAL) network has started a tree health survey in England, Scotland, and Wales this year. Tree pests and diseases seem to be increasing, and researchers need to get a handle on why that might be.

To participate in this citizen science study, all you need to do is print out the field guide (PDF) and field notebook (PDF), find a safe and easily accessible place to examine trees, and make your notes. Then you can submit your observations here.

The best time to survey here is between May and September. Some pests you might encounter include the emerald ash borer, the tortrix roller moth, and the horse chestnut leaf-miner. Diseases include nectria canker, oak mildew, and horse chestnut scale.

Image by Karolina Grabowska from Pixabay

I am profoundly grateful that I stayed awake through all my history classes — otherwise none of the scenery in England would make much sense to me. This is because England is oozing with history. (Actually, it oozes quite a lot anyway, mainly because it rains so much, but that’s another post.)

Indeed, there’s so much history in Britain, that you can quite literally trip over it. For instance, in Oxford, you can’t get to the Radcliffe library, which is itself a few hundred years old, without first stumbling across a set of dinosaur footprints in the front lawn. In Chichester, you can’t wander the cathedral, which is nearly 1000 years old, without tripping over a bit of Roman mosaic flooring. And in London, you can’t cross historic Trafalgar Square without crashing into several hundred pigeons, some of which have been happily living on tourist handouts since about 496 BCE.

Even when there aren’t several layers of history to worry about, visiting an original site can be hazardous. This is because of a little known English law that says a historical  attraction must include either A) At least 3256 narrow, winding, worn stone steps or B) Very low doorways. I suspect this law was the work of the restaurant and souvenir lobby, because by the time you finish touring a site you have either worked up a tremendous appetite or been conked on the head so many times you’ll buy anything.

Where there aren’t original sites to be had, Brits put up museums to keep all their miscellaneous bits of history. These places teach you lots of interesting facts. For instance, it was at the Commonwealth Museum in Bristol that I learned that those white safari hats are called pith helmets because they’re molded from the pith of tropical plants. I’d always thought they were called that because in England it’s forever pithing down rain.

The sheer amount of history here means that the locals can sometimes be a bit blasé about it all. For example, I recently had a chance to visit a beautiful church that is so old, it’s been there since the Norman invasion, around 1066. I was hushed and amazed by it’s durable construction. I was awed by the fact that this one church had been around longer than my entire country. I was stunned when a gaggle of children came screaming in for their post-Sunday school tea. In fact, it was all I could do to stop myself from making one of those slow-motion desperation dives to catch the bits of marshmallow biscuit they were dropping on the floor.

Of course, this slightly casual attitude toward old buildings can be an advantage too, because it means that tea rooms and restaurants can be located in the most unlikely of places. Which leads me to one of the best reasons for visiting England: the food.

I know what you’re thinking — the English are not supposed to be famous for their cooking. Personally, I have come to believe that this is a nasty rumour started either by the French out of jealousy, or by the Americans to market their fast food.

In any case, England is the land of thick cream and jam on scones, chocolate beer, fish and chips, venison sausage, Balti curry, the fry-up breakfast, roast goose, and sticky toffee pudding. And yes, as a matter of fact, I will be exceeding the weight allowance on my flight back to Canada.

Even better, the English still have proper sit down meals, with several courses, each accompanied by a drink. For example, before dinner, you can have a glass of sherry. On special occasions, this might be followed by rolls and champagne. The red meat course is pair wish a red wine. De white meat ish paired wif a luvley white wine. And deshert of coursh must (hic!) have a schweet vine and lader you want to pash the port to the lest. The lest. The left. Yesh.

Come to think of it, maybe that’s why I’ve been tripping so much. Never mind.

This week, I am going to share with you one of the most important things I have learned about travelling. Are you ready? It is this:

Travel books are not written by people who have actually set foot in the country under discussion. They are produced by tourism boards that gloss over the scary bits.

This must be true, because if my guide book for England had actually been written by a real tourist, it surely would have included a section titled: Royal Mail Vans and How to Avoid Being Run Over By Them.

Royal Mail vans are, as far as I can tell, red, and are used to deliver the post here in England. I can’t be sure though, because their average speed ranges between Mach 1 and Speed of Light, and they have this magical tendency to appear out of nowhere — usually, just as I step out onto the road. I’m getting very good at leaping long distances from a standing start.

I have yet to determine exactly how it is that these vans are able to travel that fast. This is because the English have developed a serious obsession with speed bumps, and they install them every 10 metres (metric conversion to American: 1 tenth of a football field). This must mean that England spends huge amounts of tax dollars on road maintenance to:

A) Pave a road
B) Pave it again with speed bumps
C) Pump extra cash into the National Health Service to treat all the people hit by flying hubcaps.

And people must be getting hit by hubcaps, because it’s not that easy to run for cover on English sidewalks. Brits also appear to have a long-term fascination with types of paving surfaces, so you could find yourself tripping on stone, brick, aggregate, concrete, rock or blocks.

They even post public questionnaires about new surfaces, asking pedestrians to send in their feedback. (Although they miss asking the most important question, i.e., “Ladies, do you find these cobblestones easier or harder to walk on than, say, the moon, while wearing high heels?”)

I honestly think this preoccupation is a historical leftover: ever since the Romans laid down such good roads here, Brits have been suffering from Paving Envy.

If being a pedestrian here is hard, being a driver is harder. This is not because the English drive on the opposite side of the road to what I’m used to — that’s fairly easy to adjust to. It’s all the other hazards that are, naturally, never mentioned in the guide book.

For instance, most English city streets were built when “traffic” consisted of small carriages pulled by skinny horses. Today, this means that at any given moment, at least 25% of British motorists are quickly driving backwards, because they’ve just come nose-to-nose with a big Royal Mail van coming the opposite way down a very narrow street.

Then there is that wonderful thing called the “roundabout.” In England, (and to be fair, in Europe as well), converging streets do not meet up in an intersection like they do in North America — they’re joined up with a big circle. So instead of doing something sensible to get from one street to the next — like, say, turning a corner — you have to get on this circle with about 3000 other cars and drive around and around until you can cut through traffic and onto your next street.

Actually, now that I think about it, I’m wondering if this isn’t just a clever answer to the problem of “gridlock.” This is because A) If streets don’t end in 90 degree corners, there’s no grid and B) Drivers on roundabouts get quite dizzy after a while, and will probably veer off onto random streets, thereby distributing traffic fairly evenly.

This is not to say that British motorists are in peril every time they take to the streets. Indeed, officials here have gone out of their way to warn drivers of hazards with signs that read: “Warning: Adverse Camber” or… “Danger: Rising Bollards.”

And it’s about the time that you’re braking and wondering whether you just read something faintly obscene …  that a Royal Mail van will schmuck into the back of your car at relativistic speed.

Next Week: 10 Easy Ways to Remove Red Paint Chips From Your Legs and Arms and Why Double Chocolate Stout Makes Risking Death By Mail Van Worthwhile. 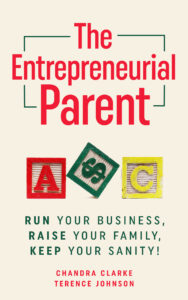